Today, we are lucky to feature my colleague and friend, Dr. Jennifer Crissman-Ishler, who is a Senior Instructor in Human Development and Family Studies at Penn State and a resident expert on the adoption process and adoptive families. Dr. Crissman-Ishler is a trained counselor and also an adoptive parent herself. She teaches HDFS 453, which examines the complex process and dynamics of adoption across the adoptive triad of birth parents – child – adoptive parents,  and is one of the most sought-after courses in our department.

We asked Dr. Crissman-Ishler for her advice for authors writing about adoption, adoptive families, and characters experiencing adoption, and are so thankful for her willingness to share her knowledge with our readership. . . Thank you so much for sharing, Jen–it has been an Education and an Inspiration! 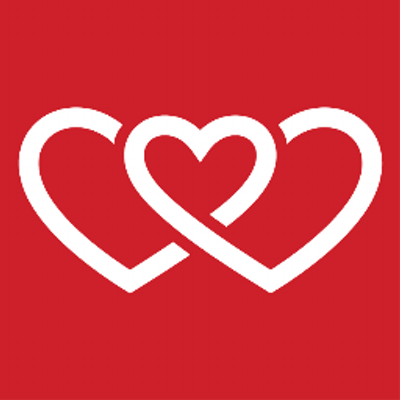 As a parent and a behavioral psychologist, I often find myself applying my training in my daily life. Naturally, though, I also regularly find myself forgetting my training as well in my moment-to-moment interactions with my three children.

Our children are all teenagers now, which presents a stage of parenting unique from when they were younger in many ways. In other ways, though, there are universal parenting strategies that can extend from infancy, into toddlerhood, childhood, and adolescence. I just tend, in the maelstrom of hormonal flux that is my family, to forget these universal truths.

To terribly paraphrase Ms. J. Austen, I can definitely say that it is a truth often universally ignored that “It gets worse before it gets better.”

This is a very common parenting mistake we all make, often out of concern that our actions are making our child’s behavior worse, when really it is simply a principle of human behavior.  What I’m describing, in technical terms, is an Extinction Burst.

Extinction Bursts by definition are an increase in a previously reinforced behavior after reinforcement of that behavior has ceased (or become extinguished).  What this means in everyday parenting life is that, when you realize that you’ve been mistakenly rewarding inappropriate behavior in your child (e.g., giving more attention to your child after they do poorly on a test or giving your child a sweet treat to calm them out of a tantrum), and you decide to stop providing that reinforcement, your child is going to naturally escalate their inappropriate behavior in the hopes of getting that reward to come back, before eventually decreasing the behavior.

When you remove the reward of giving your child cookies after a tantrum, your child’s tantrumming behavior is likely to significantly increase in frequency or intensity (or both) because of the past history of being reinforced with cookies for tantrummimg. It’s going to take them a little bit of time to realize that:

‘Oh, hang on. No matter how big my tantrum is, my parents aren’t going to give me cookies.‘

And that’s when you start to see the tantrumming behavior decrease substantially.

Often times, though, this burst of inappropriate behavior makes parents (including myself) think that we are doing something wrong–that our attempt to shape our child’s behavior into more appropriate responses is going awry.  And then we do something that only makes things worse.  We go back to giving the same reinforcement we just stopped a few hours or days ago, and this time we give the reward when our child is acting even worse than before!

As a result, not only have we failed to end the inappropriate behavior in our child, we’ve also managed to reward even worse behavior!

But falling prey to extinction bursts need not be our parenting destiny!  We just need to pull ourselves together and, in the face of our child acting worse after we’ve removed that reward, repeat calmly:

So, you’ve noticed that you tend to give your child a lot of attention, through heartfelt discussions about respect and communication that take way too long when he or she offers snarky remarks when requested to do chores (ahem, guilty as charged!), and you’ve decided to ignore the snarky comments (i.e., put them on extinction).  Get ready, then, for even more of an onslaught of eye rolls and dramatic huffing.  Stay your course, dear maternal and paternal leaders.  I promise, in a few days time, they will do their chores without the attitude. And when they do, that’s when you can have heartfelt discussions about how their actions are helping the family significantly!

Or perhaps you’ve realized that, whereas your children earning excellent grades are offered praise and encouragement, your child who refuses to study for Spanish quizzes seems to be eating up a lot of the dinner table conversation with comments the likes of “I’m not going to study for my Spanish test–a C+ is a perfectly good grade” to which you respond with rejoinders about future job opportunities, wasted potential, and appointments to sit down and work together on that academic attitude. Don’t be surprised when you decide extinguish this reward and, after calmly listening to that comment about a C- on that last quiz, your child proceeds to wax poetic about the wasted hours spent in academic training that could be superimposed with MineCraft exploration.  Trust yourself here. Keep it up, breathe deep.  Eventually, you’ll start to hear more about the A- and or B+ on that last quiz, and smiles will be had all around (and you can put that antacid back in the medicine cabinet).

Let it be a mantra for all of us struggling to raise good future citizens of the world:

It gets worse before it gets better.

And if you can hang out and trust yourself while it gets worse, you and your family will absolutely enjoy ‘the better’ together!