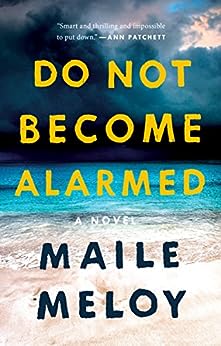 I met Daniel Lowe this past Fall at Littsburgh’s Passages and Prose event , and we had such a lovely time chatting about writing, teaching undergraduate students, and our families. And, as often happens when authors attend literary events, we took home a signed copy of each other’s books. I had the best intentions of reading his debut novel, All That’s Left to Tell, because I loved the premise (think Scheherazade for the 21st Century) and because I so enjoyed talking with Daniel about his craft.

“Every night, Marc Laurent, an American taken hostage in Pakistan, is bound and blindfolded. And every night, a woman he knows only as Josephine visits his cell. At first, her questions are mercenary: is there anyone back home who will pay the ransom? But when Marc can offer no name, she asks him a question about his daughter that is even more terrifying than his captivity. And so begins a strange yet increasingly comforting ritual, in which Josephine and Marc tell each other stories. As these stories build upon one another, a father and daughter start to find their way toward understanding each other again.”

Then, of course, the typical happened. His novel found a spot in my To-Be-Read Pile, where it sat and sat for months. Because there are just so many good books to read out there, and also because I trend in my reading towards books similar to the novels I write (i.e., thrillers, suspense, and mystery) rather than literary fiction.

Until finally–finally!–I picked it up and cracked it open (after re-reading Daniel’s very kind and warm inscription he’d written inside) and began to read.

Once I started, dear readers, I couldn’t stop.

It is like no book I have ever read before.

All That’s Left to Tell is an exquisite, viscerally human story that we all know–a father and daughter estranged, a family ripped apart with loss–told in a way that makes it searingly relevant to us once again.

Go read this book. Now. You won’t regret it.