Jeff Messick is the author of the paranormal mystery, Knights of the Shield, and a forthcoming 4-part Fantasy series entitled MageHunter. He also served in the US Air Force for 9 years. Today, he shares his knowledge and recommendations for our readers who are writing about the military in their work. One watchword? Communication! 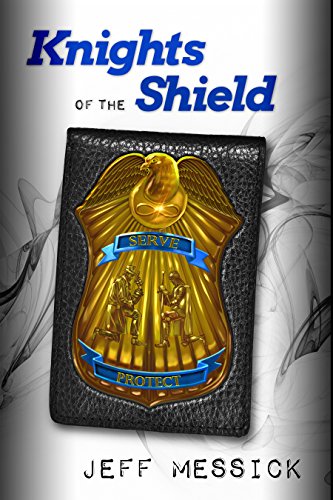 Red Storm Rising from Tom Clancy. Instead of his techno-thriller spy novels, this stand alone offered a good look at military techniques in modern warfare. Also, The Ten Thousand by Harold Coyle, if tanks are your thing.

Air Traffic Control, tower control operator stationed at Kelly AFB in San Antonio, Texas. Sequencing and separation of aircraft in a terminal environment. I spent a few months in Saudi Arabia as well, in support of Operation: Desert Shield, doing the same thing, but with tons more aircraft and many more nationalities.

Not especially. I was writing before I was in the military and what I was taught militarily, didn’t affect my writing too much that I can tell. However, I do hold a lot of respect for the men and women of our armed services. They do an incredible job which, for them, can seem like a thankless task. I thank every service member I see, even those just getting in.

Military training consists of breaking down the person you are and building up a person that follows orders and pays attention to detail. Along the way comes a heavy dose of learning to communicate. Knights of the Shield is a transformative story that attempts to tackle some of the avenues of communication between several character groupings. For the police procedures though, I contacted the San Antonio Public Affairs officer of the SAPD and asked them questions.  See?  Communication!

Any and every author can use the advice a writing instructor once gave me.  “It’s not what you don’t know that will kill your writing. It’s what you THINK you know.” Apply that to all writing. As for the military, avoid what I call the NCIS effect, where the latest and greatest tech always saves the day. Tech doesn’t save people, people save people.

The biggest misconception is the one usually portrayed on TV and in movies, done in one of two ways: Those military types that follow all orders and those that follow none. Military people are people like any civilian and as characters in a book, they should have all the associated color and background to make them effective and real, not the stereotype.

Communicate, effectively. In Air Traffic Control, you must communicate effectively, or things can get ugly in a hurry. Secondly, something life taught along with military training. Keep emotions under control. Use them to fuel your efforts to get a project completed. Uncontrolled emotions cloud judgment and break down communication.

Keep in mind what these folks have volunteered to do. Respect the military in your writing, even if the antagonist of your story is of military background. Understand that a military person is still a person, susceptible to everything any civilian is. Avoid stereotypes, because, like I said before, what you THINK you know about your writing will kill your writing.

One thought on “Write On: Serving the Armed Forces in Your Writing”