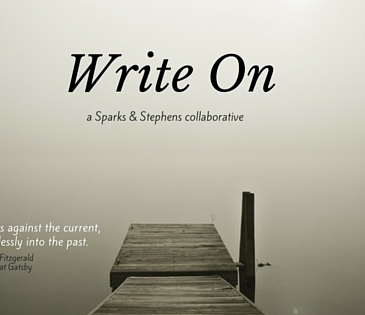 Today my friend and Pandamoon Publishing colleague, Francis Sparks, and I are embarking on a partnership that will hopefully inform both of us as writers, and our readership as well. Each segment of Write On will focus on one particular topic of interest to us that we want to get right in our own literary work. There’s a lot we are hoping to cover, from mental health to coding to informing our writing from the masters of the craft, mainly because we both realize there is much to learn about life before trying to embody it in our writing. Francis and I will each take turns pursuing topics, depending on our own training and expertise, and today I am lucky enough to have the opportunity to answer Francis’s questions regarding Gillian Flynn’s novel Sharp Objects and the topic of self-injury, as it was featured in the book. Below you’ll find our discussion, as framed from Francis’s viewpoint and blog. I hope you come away from it informed, intrigued, and ready to write.

Trigger Warning: This post will examine the condition of Non-Suicidal Self-Injury (NSSI; otherwise known as self-injury, self-harm, or cutting) and Suicide and its content may be triggering to some individuals.

Welcome Sarah K. Stephens my friend, writer and developmental psychologist. Can you introduce yourself and give us a bit of personal and professional background?

I am a developmental psychologist who earned her Ph.D. from Penn State University in 2007, with specializations in child and adolescent development. I currently teach as a senior lecturer in Penn State’s Department of Human Development and Family Studies.  My training specifically focuses on understanding typical and atypical pathways of development for children and adolescents. I am also a writer of psychological thrillers and my first novel, A Flash of Red, will be published by Pandamoon Publishing in Winter 2016.

Today I wanted to talk to you about self injury and a book by Gillian Flynn called Sharp Objects, which depicts a person who is battling her history with self-injury.

First off can you get us on a level field as far as terminology goes. I’ve heard this condition referred to by many names. What is the best terminology to use?

As is common in the field of psychology, many names have been attached over the years to the condition currently known as Non-Suicidal Self-Injury (NSSI), including deliberate or intentional self-injury, self-harm, self-injurious behavior, cutting, and self-mutilation. Similarly, outside of the scientific field there are many terms used commonly to describe this condition, the most common of them being self-harm and/or cutting.

From the perspective of understanding the characteristics, predictors, and effective treatments for NSSI, an accurate term that encompasses the disorder is important, to ensure both that different research programs are examining the same phenomenon in their work and that the symptomatology of this condition is clearly described.

For example, simply referring to it as self-injury limits the clarity of our understanding of NSSI, as a similar phenomenon in behavioral symptoms, but distinct in motivation, occurs in individuals with developmental disabilities. The self-injury that occurs in developmentally disabled populations (e.g., individuals with autism) has its roots in different causal factors than the self-injury that occurs in typically-developing populations. Thus, referring to it as NSSI clarifies the condition actually being observed in a client. Likewise, since NSSI takes many forms, including cutting, burning, and skin picking, simply referring to it as ‘cutting’ limits our understanding of the condition as well.

In Sharp Objects there are depictions of a woman with a history self injury. Her particular self injury is done by cutting. This got me thinking about the causes of cutting or self injury and how it can manifest itself in individuals. Thank you for helping me better understand this condition.

The newest diagnostic manual used in the diagnosis of mental health disorders, the DSM 5, was released in May 2013 and this new edition added the diagnosis of NSSI as a separate diagnostic label. The criteria for someone being diagnosed with NSSI (which is described as 5 or more days of intentional self-inflicted damage to the surface of the body without suicidal intent within the past year) includes engaging in the NSSI:

NSSI is also detailed in the DSM V as needing to be associated with interpersonal difficulty or negative feelings and thoughts, premeditation, and ruminating on (non-suicidal) self-injury.

Mainly, we think of NSSI as a faulty coping tool for the stressors an individual encounters, especially when they are experiencing other mental health concerns, such as depression. NSSI becomes their tool for reducing anxiety, sadness, and/or stress.  It can also become a tool for experiencing a physiological rush from natural pain-relievers that our body releases after injury, thus becoming a technique for triggering a ‘positive’ emotional experience when a person might otherwise feel numb or overwhelmingly angry or sad.
What is known about the possible causes of or conditions under which self injury is most likely to occur?

NSSI has strong comorbidities (which refers to an individual who has more than one mental health disorder/diagnosis) with borderline personality disorder, obsessive-compulsive disorder, depression, and anxiety. Since NSSI is by definition motivated by a need to cope with uncomfortable emotions or induce a positive emotional state, it’s not surprising that it is often found in individuals who are coping with internalizing disorders marked by uncomfortable emotional states. NSSI also has a connection to experiences with maltreatment/abuse as a child, although this is not true for all individuals who engage in NSSI.

Does self injury occur differently or more often/less often between genders?

Gender distinctions in NSSI are not clearly understood. Some research suggests that it is more likely to occur in adolescent girls and young adult women (1.5-3 times more likely) than in boys/men, but other data reveals much less significant disparities in rates across the genders. Unfortunately, since accessing representative samples is always a challenge when examining human behavior, we often find different studies offer different perspectives on the demographics of a disorder.

In Sharp Objects, the protagonist Camille has a history of cutting herself. In her particular case she cuts words into her flesh. A word flashes into her mind and then she feels a compulsion to carve the word into her skin. I find it a riveting metaphor for Camille. She is a writer who is telling the story of her life by etching words into her body but it got me thinking — is this a common form of cutting?

From my own understanding of NSSI, it emerges in a variety of forms and, although Camille’s particular expression of it is to my knowledge unique, it is important to keep in mind that any mental health symptomatology occurs along a spectrum of expression.  NSSI can occur in many different ways, and individuals coping with this particular disorder are likely to demonstrate harm towards themselves in heterogeneous ways.

What are some common misconceptions about self injury?

There is a great resource on this coming out of Cornell’s Research Program that examines common misconceptions thoroughly, and I encourage interested readers to check it out. To summarize, a few common myths are:

All of these, and more that are profiled in the link above, are patently false.

Where can people get help if they are thinking about hurting themselves?

Three excellent resources for individuals coping with NSSI (and other forms of crisis) are:

It is recommended that an individual engaging in NSSI seek out professional therapeutic support from a trained counselor.  Through individual therapy, any comorbid mental health concerns can be addressed and treated while more effective coping skills are also built. The APA (American Psychological Association) offers a clearinghouse of clinicians available across the US here: http://locator.apa.org/
Can you give us some places to dive deeper into the study of self injury?

Two great resources to check out include: The National Alliance on Mental Illness and research by Prof. Tuppett Yates, who is a predominant researcher examining NSSI in her work. 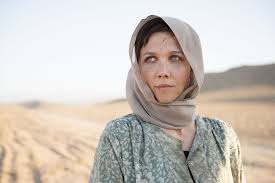 Okay, if you haven’t seen this series yet, get to Netflix and watch it immediately. Or, better yet, wait until May 10 at 10am EST (get it, 10 at 10–getting all metric on you here) to Live Tweet it with me, #honorablewoman (we are going with the American spelling here, but for any Brits we welcome the superfluous ‘u’ as well).

A few reasons why you should devote precious time to it? Well. . .

5. It works your brain. I know sometimes you want to watch a show that is easily digestible, and then sometimes you want a show or film that makes you sit up, pay attention, and try to figure out what is real and what is just a diversion from the truth. This is that kind of show.

Hence why I’m live tweeting at 10AM (as opposed to PM)  tomorrow–people, you need to be well-caffeinated to keep up with this show!